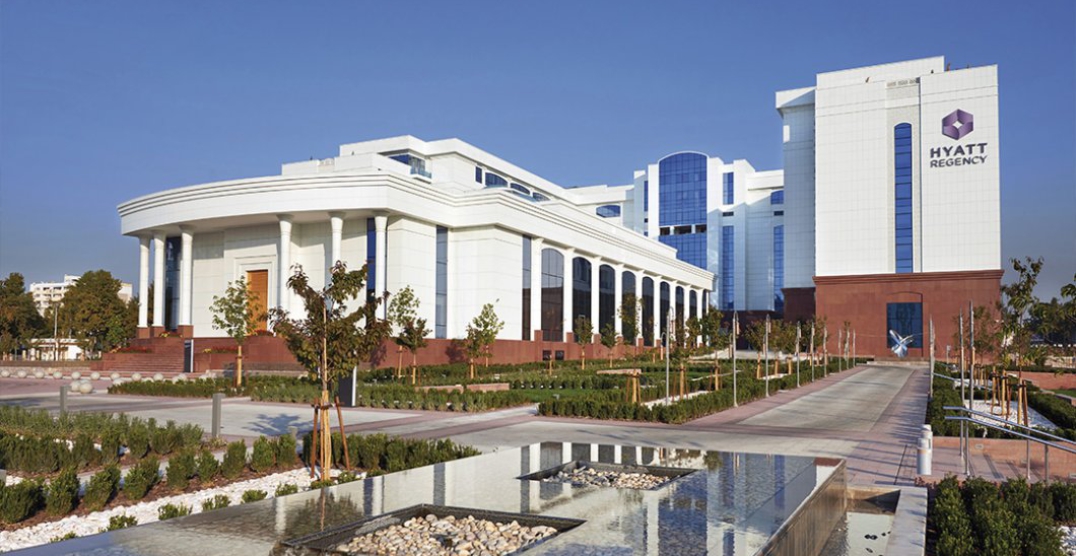 On April 28-29, 2022, the Advocates Bureau Yug acted as a partner of Pravo.ru in co-organizing the International Legal Week Forum. For the first time, Uzbekistan was chosen as the host with the Hyatt Hotel as one of the best venues in Tashkent. About 200 representatives of the regional, domestic and international legal community, business, public authorities of Uzbekistan and specialized higher educational institutions took part in the Forum.

Following the spring romantic mood, it was decided to start the event with a trip to the winery through a beautiful park. The buffet provided the guests with several varieties of local wine, letting them appreciate the youngest agricultural branch in Russia.

The official program named "Cross-Border Legal Issues" was influenced by an unexpected and abrupt upheaval of the global economy, which now creates unprecedented challenges for Russian and international companies.

The Forum was divided into three themed sessions on significant changes in business practices.

The first session was organized as a discussion of "Legal Instruments for Business in Foreign Jurisdictions". It was moderated by Anton Konnov, a partner and head of the CIS/Russia practice in Allen & Overy. The participants were able to discuss the following topics:

- Legal Framework for Cooperating in the CIS Countries: Business Opportunities;

- Transition to a New Level of Integration: Harmonization of Law in the CIS Countries;

During the second session “Support of Global Projects in the Age of Sanctions and Restrictions” moderated by Anton Avazhansky, Managing Director of “Alvarez & Marsal”, the guests discussed

- Legal Framework for Cooperating in the CIS Countries: Business Opportunities;

- Citizenship by Investment Trends: Government Programs in other Countries.

Yuri Pustovit, Managing Partner of the Advocates Bureau Yug, spoke at the third session “Litigation and Acute Issues in 2022”. The topic of the speech was “Revision of the contract provisions. Is it possible to terminate the contract, refuse delivery, change the terms due to changes in economic and political realities?”

Yuri Pustovit highlighted the following issues: how do the "special military operation" and sanctions affect contracts execution, whether they can be considered, firstly, as grounds to be exempt from liability on breaching the contract, secondly, as grounds to terminate a contract as it is impossible to perform it, and thirdly, as significant circumstances giving a party the right to demand a contract to be terminated or changed?

Other discussion topics at the third session were as follows:

- The Effect of Decisions on Imposing Sanctions on Possible Performance of a Contract in Accordance with English law;

An outside cocktail reception, accompanied by a duet of electronic music and live Uzbek band performing on folk instruments, became a wonderful way to finish the official part. Tashkent struck all guests as a beautiful city, with clean and wide streets, shady parks and fountains.

Moreover, all guests were able to meet both legal community of Uzbekistan and its rich cultural and historical heritage, as well as nature and authentic cuisine. For everyone who wanted to get a closer look at the country, event hosts organized a tour through its cities Tashkent, Samarkand, Bukhara, the Kyzyl-Kum desert and Khiva. The guests were able to see the beautiful antique monuments and architecture protected by UNESCO, visit a ski resort, buy national clothes, ceramics and wooden souvenirs with the finest carved ornaments.

Uzbekistan is a country with an ancient history and traditions, rich in historical artifacts, trade and crafts since the days of the Great Silk Road. It is the country with actively developing business and tourism, oil and gas reserves It was globally ranked globally third in export area, sixth — in cotton production, seventh — in uranium reserves, fourth — in terms of reserves, and seventh — in gold production. Without a doubt, it was one of the most interesting venues where Pravo.ru organized the International Legal Week Forum. All guests will remember it for both its acute official program and originality