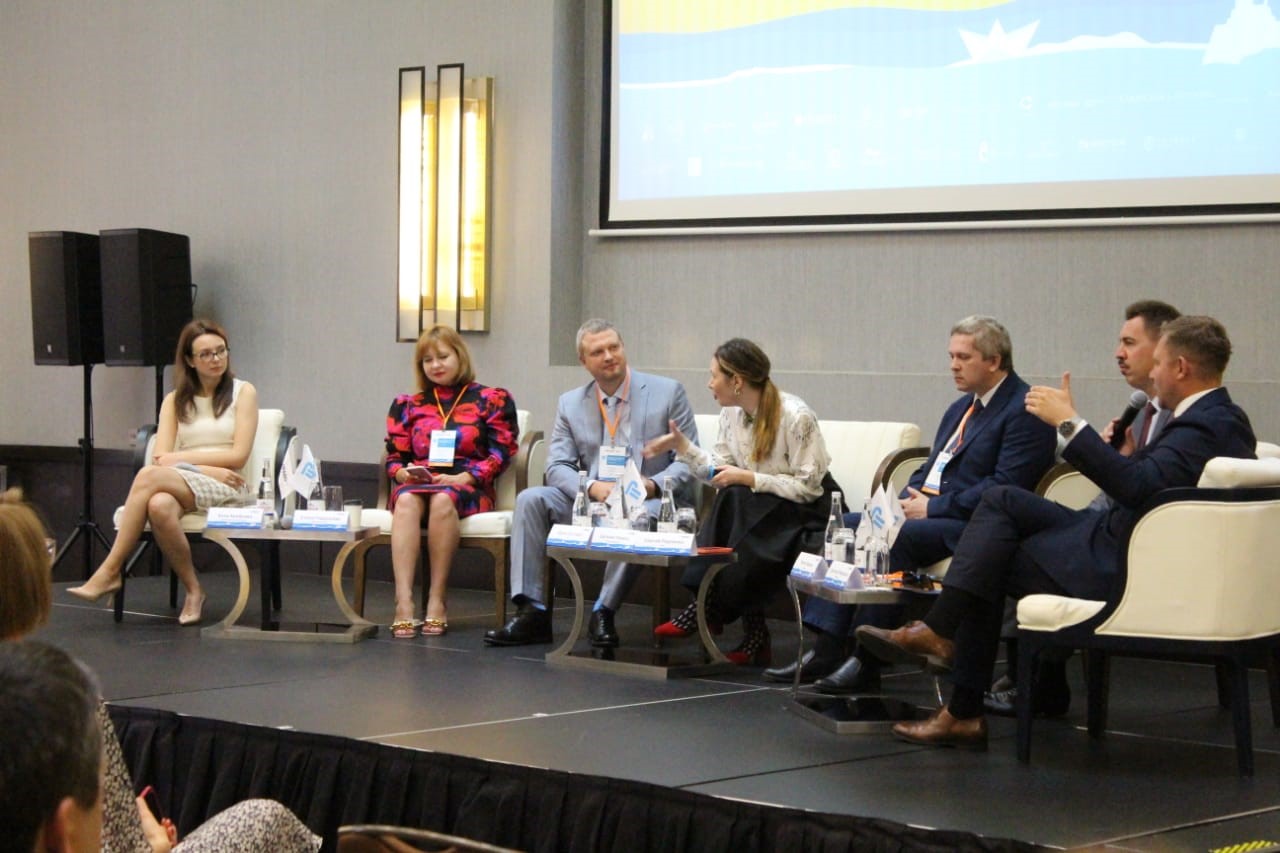 Law in action The XIII Annual Legal Forum of the Southern Russia 2021, organized by Pravo.ru, Advocates Bureau YUG and global law firm Dentons, traditionally took place in Sochi. For three days lawyers had been enthusiastically participating in expert networking and an impressive sailing regatta — constant feature of the Forum. They shared their experience of successful and precedent cases and specificity of southern regions. Major part of the discussion covered bankruptcy cases, and even touched on topics such as why it is important for representatives of the legal community to build their own brands.

platforms. Moreover, such cases affect millions of citizens who are users of the data blocked by the court.

“Such disputes are peculiar due to parties involved. Under the law the authority acts as the plaintiff is the authority, and the website owner acts as the defendant, but only if the owner can be identified. Usually the authorities prefer to not waste time. Therefore, there are the following parties in such cases in real trial — the prosecutor as the plaintiff and Rospotrebnadzor as the defendant. The latter does not respond to the claim, and on this basis the court satisfies the claim on blocking the data,” Mr. Zaytsev explained, “but recently such cases are increasing in number. And the cause is prosecutors creating positive statistics for themselves.

Roman Zaitsev pointed out that nowadays many Internet websites were unprotected from blocking. While considering such cases the courts focus on whether there is administrative responsibility for actions described in website data. If so, the website can be blocked. “People use gaps in the law to block their competitors. Therefore, if you encounter such a case, I remind you that during proceedings the court shall not mix cases on blocking information and blocking activities of publishing houses,” Mr. Zaitsev said, “Data on the Internet shall not be subjected to unjustified restrictions.”

If the first part of the official program covered such topics as how to competently protect the business, the second part was dedicated to how companies shall conduct their activities so as to not cross borders and to not be subject to liability under the Criminal Code of the Russian Federation. Anton Gusev, Head of the Criminal Defense Practice at Bryan Cave Leighton Paisner (Russia) LLP, spoke about how current business issues can lead to serious consequences using a well-known company as the example.

“To attract foreign partners the company opened a subsidiary in Cyprus in the mid-90s. At that time, it was quite a common practice. Nowadays it is a whole holding company which owns various properties. The management remembers about the foreign subsidiaries and decides to buy the shares back. These transactions lead to FSB checking. A case was initiated on performing currency operations of transferring funds in foreign currency to non-resident accounts using forged documents. At the same time, fraud was incriminated on a particularly large scale,” Anton Gusev said.

He also urged his colleagues to be careful when making such transactions and to prepare documents thoroughly. “In such a situation,” Mr. Gusev said, “companies can also be imputed to tax evasion and withdrawal of money to foreign accounts.

Maria Korchagina, partner of the Advocates Bureau ZKS, advised on how to protect the company from illegal or untimely seizure of documents by law enforcement agencies.

According to Maria, nowadays law enforcement officers are actively working in this direction, but they are not always driven by the law. They are often involved by competitors or contractors who need to initiate a criminal case against an entrepreneur in order to use it in civil proceedings.

“Practice shows that it is better to not store important documents in the office at all. It prevents such situations when law enforcement officers seize all the documents paralyzing activity of the company,” the expert recommended.

According to Maria Korchagina, large companies should store documents in a remote archive and pay for it from the companys accounts. Moreover, the expert is sure that only two or three employees of the company shall know the location of the documents.

“Upon seizure, investigative and other authorities may store documents up to 10 years. During this time, entrepreneurs may need certain documents, but they will not be available. Therefore, it is better to keep in the office only current documents and reports on the unclosed tax period,” Maria Korchagina said.

The expert also recommended that small and medium-sized businesses shall not forget to protect the documents and organize appropriate staff training so that employees would know how to act in situations when documents might be seized.

The expert pointed out the significance of storing electronic documentation. She noted that it is very important to have a secure server, to save files on foreign clouds, as well as to establish remote access to the said server at any time. It may help you to stop data downloading, even if authorities have already started copying it.

Upon discussing possible threat scenarios for business, the forum guests smoothly moved to minimizing them. Olga Zhdanova, a partner at INTELLECT, gave some tips on how to protect yourself from challenging transactions in the event of a counterpartys bankruptcy. According to the expert, the most important thing is to make sure that the transaction is real. Moreover, it is important to fill out the primary documents correctly, to avoid offsets and payments to third parties.

In his turn, Sergey Shorin, Head of M&A department of Pepeliaev Group, focused on one universal mechanism which ensured the interests of both parties in the transaction. The expert explained that it was wrong to reduce such a tool as an escrow account exclusively to shared-equity construction. “It has a much wider scope of application,” Mr. Shorin said.

“When the seller and the buyer do not trust each other, there is a suspended state when one of them shall take the first step. Escrow just allows one to solve this "first step" problem,” Sergey Shorin added. Moreover, if initially only a bank could act as an escrow agent, now Russian legislation does not contain such a restriction. Particularly, an independent third party may be a lawyer, an attorney, a law firm, a notary public. In Germany, for example, the escrow agent is a bank only in half of the cases, in the remaining 50 % — lawyers and notaries. In Russia, lawyers could also provide an additional service to their clients and act as a guarantor of transactions.

Upon discussing all the tools and mechanisms for helping entrepreneurs and other clients, the lawyers moved on to a discussion on how to attract a principal. In particular, the topic of the final session covered a topic of building a lawyers personal brand.

“Building a personal brand resembles the building of communism: many people wanted, but only few succeeded,” Ruslan Ibragimov, MTS Vice president for communication with state authorities, drew an analogy. Moreover, a personal brand is based on two pillars – reputation and scope. The workplace, personal and professional qualities, ideas with which a lawyer goes out to the public are important. One can talk about a lawyers personal brand when the lawyer is known by people beyond his law colleagues.

At the very beginning of the discussion, the guests came to the conclusion that the product is a priority. And it is important that the packaging promoted by a lawyer corresponds to its internal content.

Andrey Panov, advisor from Allen & Overy, noted that posts in SNS and mentions in the media are just a projection. “And if it does not correspond to reality, the legal market will find out about it sooner or later,” the expert said.

Ivan Apatov, Managing partner of White Collar Strategy, suggested that a lawyers personal brand is how he copes with any crisis situations.

Natalia Totahevage, Director of Legal Affairs at Abbott Laboratories, also pointed out in her speech that one shall proceed carefully while building a personal brand. “Sometimes it is better to make small conscious efforts or even take a pause, rather than uncontrollably trying to express yourself in different guises,” she stressed.

“The law is one big system of risk distribution between different entities. And we, as lawyers, should analyze these risks and reduce them to zero wherever it is possible,” Yuri Pustovit concluded at the end of the forum.

He also noted that guests of the Legal Forum of the South of Russia 2021discussed in detail how exactly it shall be done. It means that they will return to work with new ideas and information about unique cases.

The forum ended with a sailing regatta, where guest were divided into teams and honed their sailing skills. The winners were honored with medals and champagne.